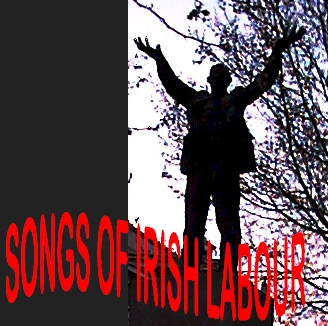 On 26 April 1998 a monument to Jim Connell was unveiled in Crossakiel, Co Meath, Ireland on the spot where he addressed a crowd of 600 in 1918. He was born nearby in Kilskyre in 1852. He wrote the song "The Red Flag" in 1889 and it quickly became an anthem of the international labour movement. It has been sung, with fire and fervour, for over a century. Jim Connell died in 1929 in London.

The songs, recorded in Dublin City University School of Communications, are sung and accompanied by activists in the trade union movement.

The people's flag is deepest red,
It shrouded oft our martyred dead,
And ere their limbs grew stiff and cold,
Their hearts blood dyed its every fold.

Then raise the scarlet standard high.
Within its shade we'll live and die,
Though cowards flinch and traitors sneer,
We'll keep the red flag flying here.

Look round, the Frenchman loves its blaze,
The sturdy German chants its praise,
In Moscow's vaults its hymns are sung
Chicago swells the surging throng.

It waved above our infant might,
When all ahead seemed dark as night;
It witnessed many a deed and vow,
We must not change its colour now.

It well recalls the triumphs past,
It gives the hope of peace at last;
The banner bright, the symbol plain,
Of human right and human gain.

It suits today the weak and base,
Whose minds are fixed on pelf and place
To cringe before the rich man's frown,
And haul the sacred emblem down.

With heads uncovered swear we all
To bear it onward till we fall;
Come dungeons dark or gallows grim,